“Men of learning have sucked her brains, and made a great deal by publishing works, of which she furnished the contents, while she derived none of the advantage.” Anna Maria Pinney

Men sucked whose brains? That would be Mary Anning (1799-1847), the discoverer of some of the world’s most incredible early dinosaur fossils, today on display at the Natural History Museums in New York, London and Paris. Anning’s incredible life story is wonderfully told by Shelley Emling in The Fossil Hunter: Dinosaurs, Evolution, and the Woman whose Discoveries Changed the World. Anning grew up in Lyme Regis on the English Channel. This coastline is now called the Jurassic Coast and is designated an UNESCO World Heritage Site. Mary spent her entire life searching the Blue Lias Cliffs for fossils. She developed this passion from her father who dies prematurely and leaves the family destitute. The family sells the fossils as curios to summer tourists who come to the coast. Mary’s family is an uneducated working class family, and Mary received minimal reading and writing instruction. This makes her story all the more remarkable. She becomes a self-educated paleontologist by studying scientific papers being published by the Royal Society and the geological society. Emling writes, “…she becomes a self-taught expert in the arcana of anatomy, animal morphology, and scientific illustration.” Of course women were banned from all professional societies- they couldn’t even attend the meetings as guests, even when the scientists were discussing their discoveries! 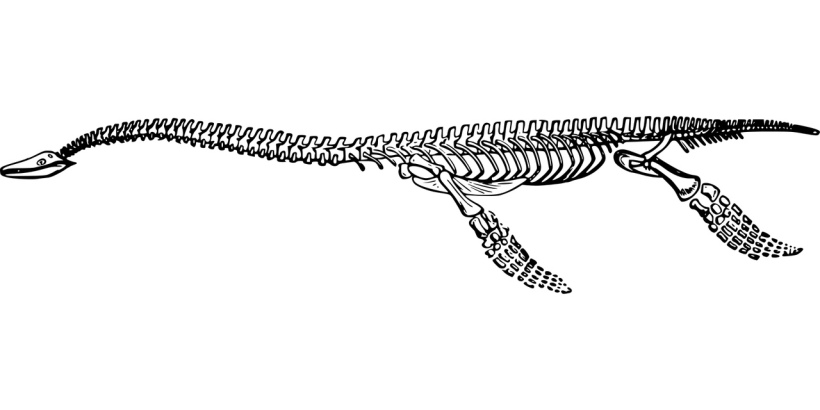 Here’s how it begins: in 1811 Mary and her older brother Joseph find a complete fossil skeleton of an Icthyosaurus which is over 20 feet long. No one has ever seen anything like it! It was the first known extinct animal ever found. They sold it for 23pounds. In 1823 Mary discovered an intact Plesiosaurus! She not only finds them, she painstakingly carves out the fossils from the limestone and shale cliffs, but she also cleans them and sometimes even restores the skeletons. She opens her own fossil shop called Anning’s Fossil Depot and sells to collectors and scientists from all over the world who come to Lyme Regis searching for Mary. In 1828 Mary discovers the first Pterosaur fossil (called a flying dragon) ever found in the UK. The following year, she finds a skeleton of a Squaloraja fish which is in between a shark and a sting ray. In 1830, she finds a new type of Pleiosaur.

Here’s the rub: most of these male scientists who bought her fossils didn’t credit her for the discovery, didn’t name it after her, some even claimed they found it. And these guys made lots of money doing so. Mary, however, supported her family selling fossils, and they were in financial straits most of the time. And these scientists were friends of her’s. Two separate times, two friends did come to her aid. One scientist had a scientific society and the British government award Mary an annual pension of 25pounds which insured she would have the basics in which to live. Another scientist who was a remarkable painter as well, painted an underwater scene of all the fossil fish she discovered. The painting is called “Duria Antiquior.” Paleoart became very popular, and this geological time period was referred to as “deep time.”

Emling tells Mary’s story in a very readable style, but what she does incredibly well is tell how the discovery of these extinct animals rocked the religious and scientific foundations of the time. Most of the scientists were also ordained Anglican priests who were educated at Oxford and Cambridge. Until Mary found the Icthyosaurus in 1811, they had never been in a position to question the accepted belief that the world was 4000 years old. As more fossils were discovered worldwide, scientists had to grapple with the history of the Earth and ancient life not mentioned in the book of Genesis. Many thought that to acknowledge extinction was to admit that God’s creation was imperfect. Some learned people thought that these strange creatures were living in remote parts of the world and really weren’t extinct. Even our own Thomas Jefferson thought that wooley mammoths or mastodons were living in the unexplored west. He told Lewis and Clark to be on the lookout for them. This religion-science divide has never really been settled. It just shows up differently in different time periods. Today it looks like creationism v evolution. Speaking of evolution, Darwin was certainly influenced by Anning’s discoveries- were these animals totally extinct or have they continue to evolve into other types of animals?

Some Ponderings: the Loch Ness monster has been described as a Plesiosaur. And new species of Plesiosaurs are still being discovered. In 1977 a Japanese fishing boat hauled up a 2ton, 32 feet long marine animal body with similar flippers and a long neck. Penn State has sequenced 80%of the genome of wooly mammoths. Jane Austen in Persuasion features Lyme Regis, as does John Fowles in The French Lieutenant’s Woman. James Whistler and JMW Turner painted while visiting Lyme Regis.

2 thoughts on “Men of Learning Have Sucked Her Brains”