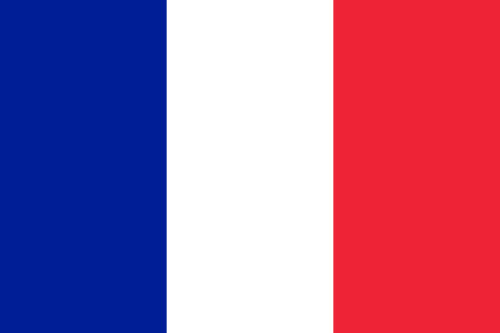 If you are ready to start the New Year off with some excellent historical fiction, I have just the book for you! Where The Light Falls: A Novel of the French Revolution by Allison Pataki and her brother Owen Pataki is an well researched and well written novel of the bloodiest time in French history. The siblings are the children of former Governor George Pataki of New York. Allison is an author and former news writer and producer and has a degree in English from Yale. Owen has a history degree from Cornell and served with the army in Afghanistan. He is now a screenwriter and filmmaker. These two have combined their education and talent in making this incredible story. The authors write, “Like the American Revolution, this was a conflict that, at times, brought out some of the highest ideals of humanity…In our story we hope to convey…the better angels of human nature and the horrifying excesses of violence and extremism…we hope that this novel of historical fiction can be educational and enlightening…”

The book begins three years into the Revolution as debate begins as to whether to execute the former king and his wife. As you remember France does behead both Louis the 16th and Marie Antoinette as well as approximately 20,000 others. An estimated 2500 people are guillotined in Paris alone. These beheadings take on a carnival atmosphere with hundreds coming to witness these executions, and blood flows through the streets of Paris. The Patakis do an excellent job in making this Reign of Terror palatable. Two of their main characters, Andre Valiere and Sophie de Vincennes are of aristocratic birth and have pledged their loyalty to the new Republic of France, but is it enough? Is it enough for any aristocrat to save his/her head in this death frenzy that has gripped France? As you will see, personal vengeance can be hidden in accusations of treason.

The authors’ knowledge of French history enables them to develop their characters based on some of the real players of the time period. Two of the novel’s antagonists are based on the bad guys Maximilian Ropespierre and General Adam Philippe, Comte de Custine. However, some of the characters play themselves such as General Christophe Kellerman, the hero of the Battle of Valmy. There is just enough military history to usher Napoleon Bonaparte into the plot. Fans of French history will breathe a sigh of relief when he arrives with his Period of the Directory which begins to bring some law and order to French society. At least until he decides to be emperor of the world by spreading war across Europe.

Two of the best fictional characters are Jean-Luc St. Clair and his wife Marie St. Clair. Both are commoners who move to Paris hoping their lives improve under the new French republic. Jean-Luc is a idealistic administrative lawyer working for the new government who asks his wife “Would it not be shameful…to be born in this era of history and yet shrink from the glorious undertaking of a free people rising up in the name of liberty, equality, and fraternity?” Yet Jean-Luc soon learns he may be expected to give to the cause more than he thinks possible. And Marie? There is much more to her than meets the eye!

As a former history teacher who loved teaching both the American and the French revolutions, I was engrossed with the book. It is so well done. One does not need to be familiar with the French Revolution to enjoy this book, so no worries there. The authors achieve their goal of writing a story that is both educational and enlightening.

I hope everyone had a happy holiday season. I read several books I look forwarding sharing with you over the next few weeks.

One thought on “Francophiles- How About A Little Revolution?”